[London. 7 February 2019] The unified global governing body for MMA (mixed martial arts), IMMAF – WMMAA, is proud to announce that renowned referee Marc Goddard will be joining its administrative team in a full-time position as Director of Regulatory Affairs.

Marc Goddard has served in a voluntary capacity on IMMAF’s Regulatory Affairs Committee since 2012 and already acts as lead on officials’ education and licensing, and as Head Official across IMMAF – WMMAA Championship events.

The administrative appointment extends the Brit’s role in the rapidly expanding area of sport policy-making and regulation, as IMMAF – WMMAA prepares for its first under 18s MMA Championships in Rome this August. The world governing body also faces growing demand from government organisations and commercial promoters for support with the sanctioning and commissioning of professional, as well as amateur MMA events.

Marc Goddard is well respected across the international MMA scene, having been involved in the sport since its inception. A former MMA and submission grappling competitor and coach, Marc moved into the officiating side of the sport to fast become the referee of choice for the UK’s leading promotions. He went on to become the first British referee appointed by the UFC and the first to be licensed in the United States, including under the Nevada State Athletic Commission. Marc has since officiated in more than forty countries and is a familiar face to MMA fans through his arbitration of some of the biggest matches in the sport, including UFC world championship contests.

Marc has been a long-time ambassador for competitor safety in MMA, establishing the original MMA Referees and Judges Course in the United Kingdom and being a founder of the Safe MMA medical project in 2012, of which he is now a trustee.

“I’m very excited to be working more deeply with the IMMAF – WMMAA. Amateur mixed martial arts, and the safe, correct and applied growth of this sport is something that has always been close to my heart. Having been in an advisory role to the IMMAF from the beginning, to be able to work more closely with the organisation and assist its growth, direction and acceptance worldwide for the future generations of this amazing sport both inspires and excites me. Let’s go!”

“On behalf of IMMAF – WMMAA I would like to give a big welcome to Marc to the administration team. IMMAF – WMMAA can only benefit from the wealth of Marc’s knowledge and experience, and the well-earned credibility that he brings. There is much onus on IMMAF – WMMAA now to increase its support to the regulation of MMA worldwide, and to implement safety structures beyond the scope of the amateur sport. Marc will be instrumental to our work and progress in this area.”

“Marc’s professionalism, experience and reputation speak for themselves in the world of MMA. Knowing the sport from the inside, he has been successfully educating and expanding the pool of the amateur officials for years now and having him join the IMMAF-WMMAA administration team is undoubtedly a valuable addition.”

The International Mixed Martial Arts Federation is the international democratic governing body for the sport of MMA, representing stakeholders worldwide. Founded from within the MMA community for the MMA community, the purpose of the IMMAF is to protect and further the development, recognition and regulation of the sport through its family of 80+ non-profit, democratic, national federations. IMMAF hosts elite, nations amateur MMA tournaments and is working for Olympic recognition. immaf.org

The  World MMA Association was founded to provide unbiased structure and guardrail the growth of MMA as the official world governing body for Mixed Martial Arts. A non-profit organization founded in 2012, WMMAA’s mission was to develop a standardized and regulated organization, including competition, training, officiating, testing and growth when necessary. More than 50 countries were granted WMMAA membership. In 2018 WMMAA merged with the IMMAF.wmmaa.org 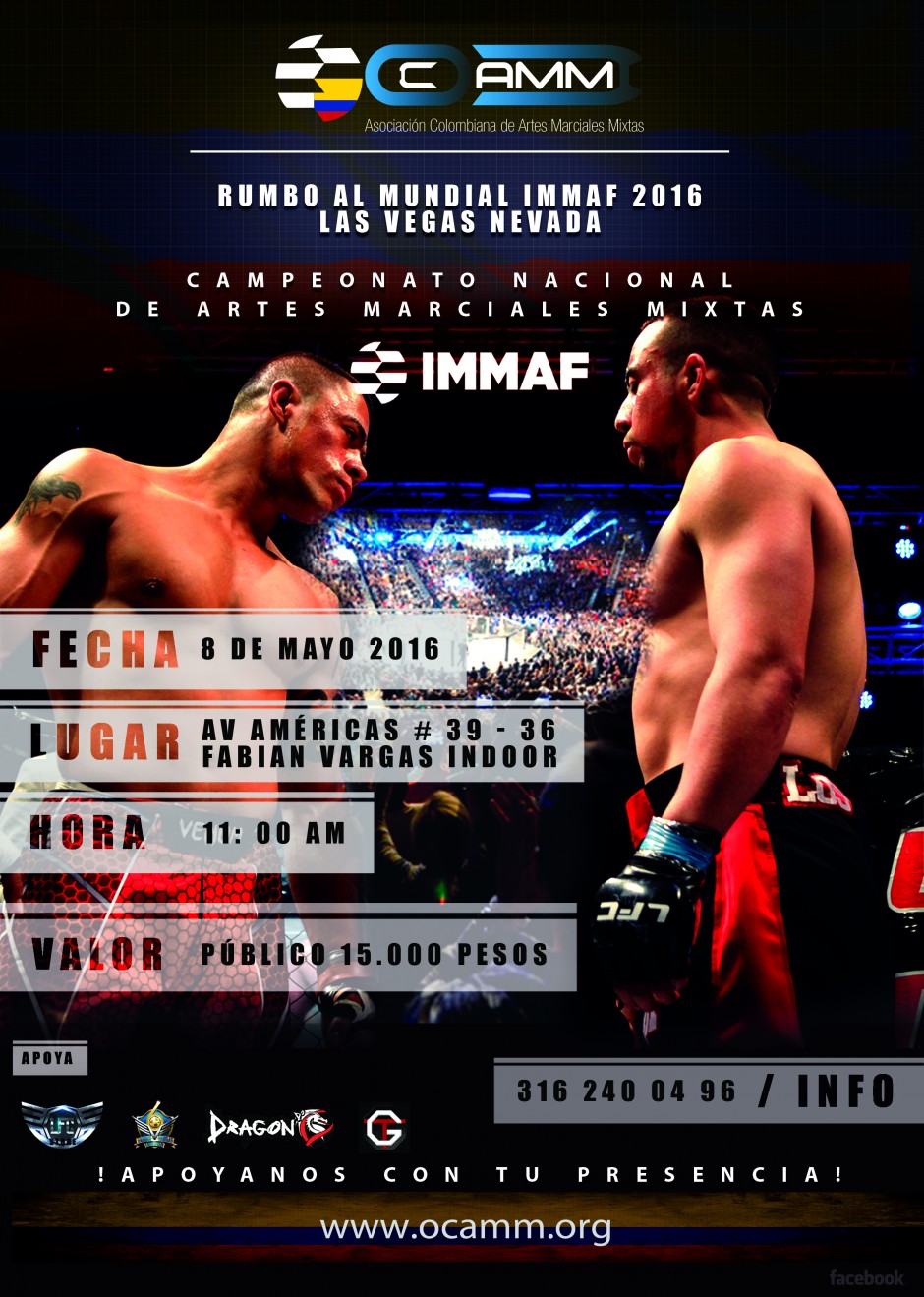